The Umbrellas of Charbourg, famous film by Jacques Demy from 1964 now also refers to the Trapèze Architecture project which reinvests the old Umbrella factory in Charbourg and transforms it into an exceptional contemporary loft. Catherine Deneuve's point here, but a bright accommodation with a resolutely contemporary industrial character.

400 meters of land and two large halls with metal frames: this is the starting point of the individual housing project designed by the agency Trapèze Architecture. An exceptional site that should not be altered, which is why the teams led by Florent Lequertier have kept and renovated the front on the street. And to preserve the uniqueness of the construction, the project managers opt for an architectural process based on voids rather than on the construction of solid ones.

The project revolves around a patio articulating the two halls and ensuring the two buildings benefit from diffuse natural light and ventilation in the center of the house. A second void, located at the bottom of the plot, hosts a garden and allows the south facade to be generously lit.
The first hall includes sleeping areas upstairs and a gymnasium on the ground floor allowing the whole family to play sports and have fun. The second includes a large living room bathed in natural light, due to the presence of a greenhouse / winter garden, allowing "Live a little outside, all year round" specifies Florent Lequertier.

The particularity of the whole? Its lengthening, due to the space between the hall located on the street and the other extending into the depth of the land, requiring to travel nearly twenty meters to reach the living room. The architects have bet on the sequencing of spaces, and establish a "promenade" within the house itself, starting from the courtyard with the exposed stone overhung by an umbrella - installation made possible thanks to a great height under the ceiling -, up to with a second polycarbonate skin. 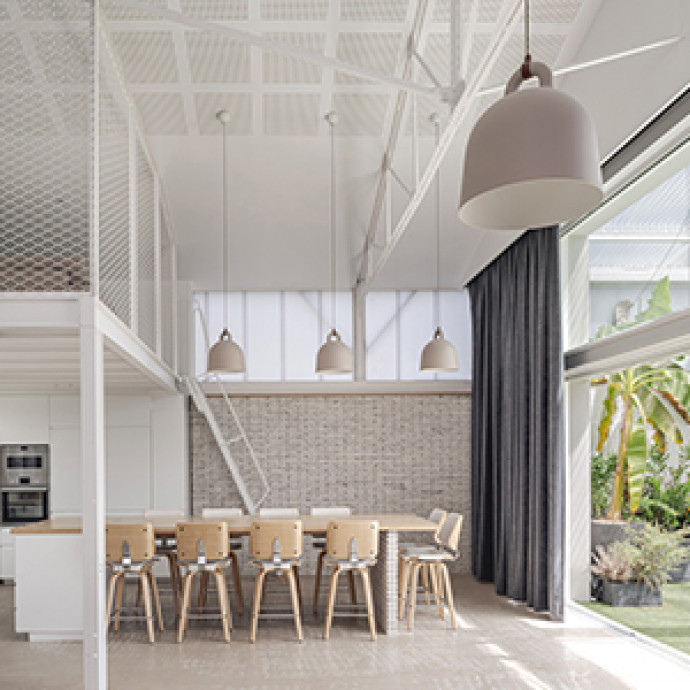 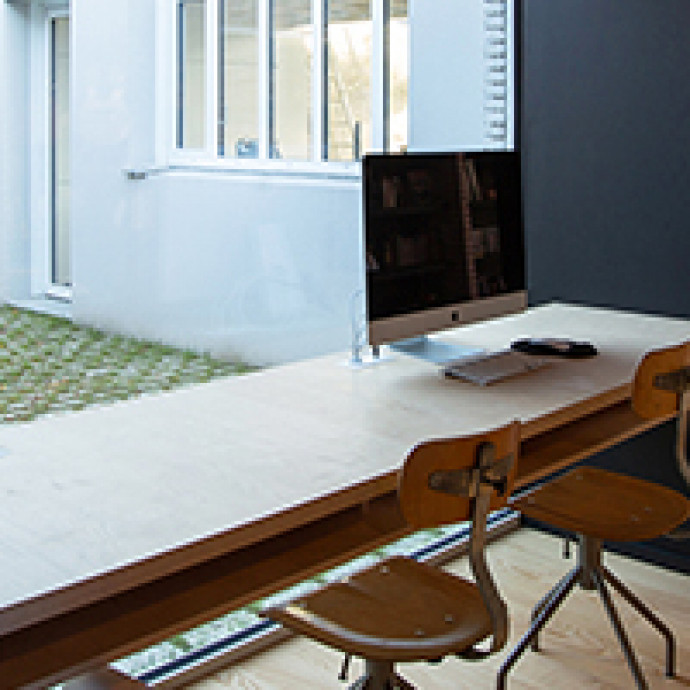 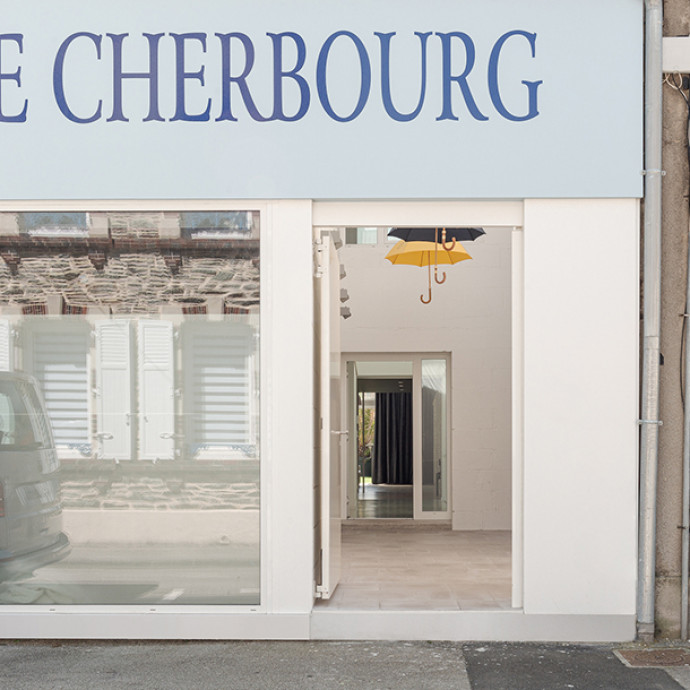 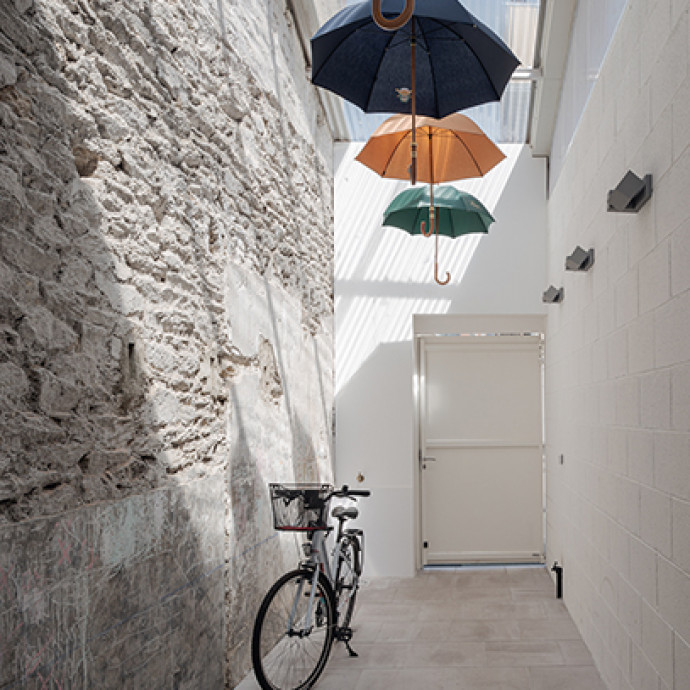 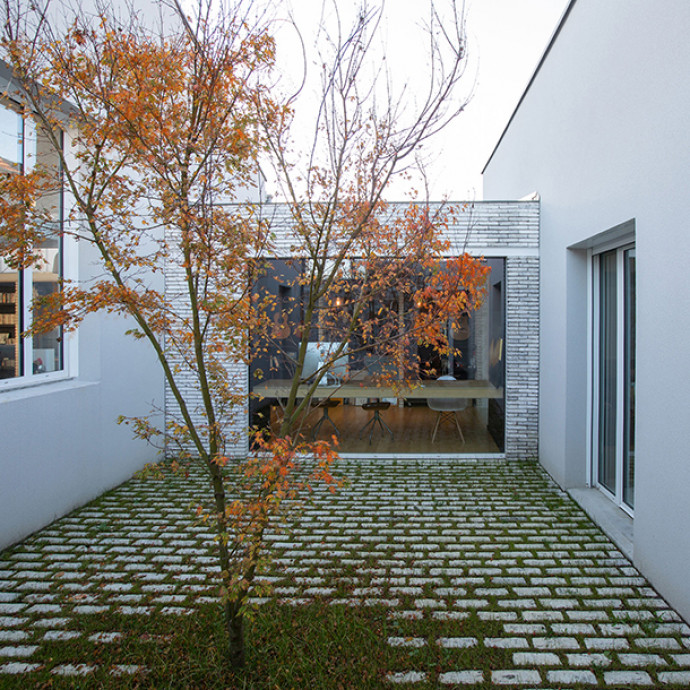 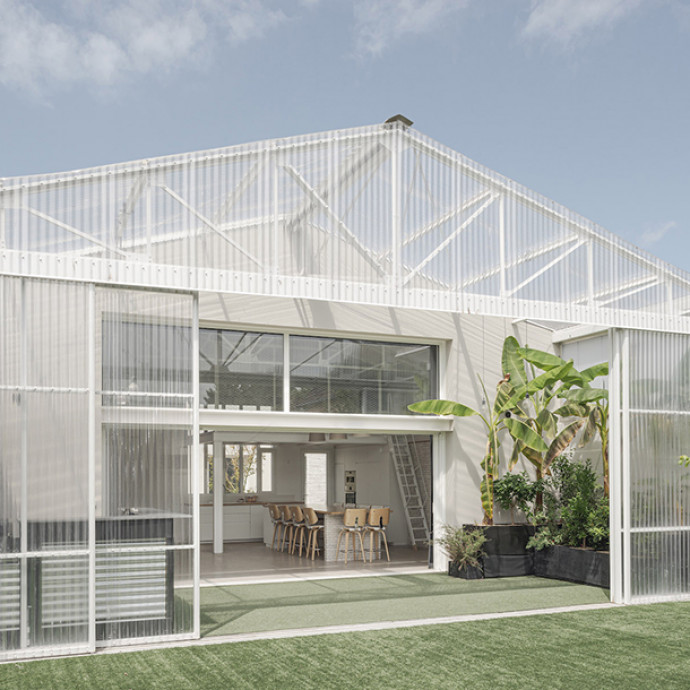 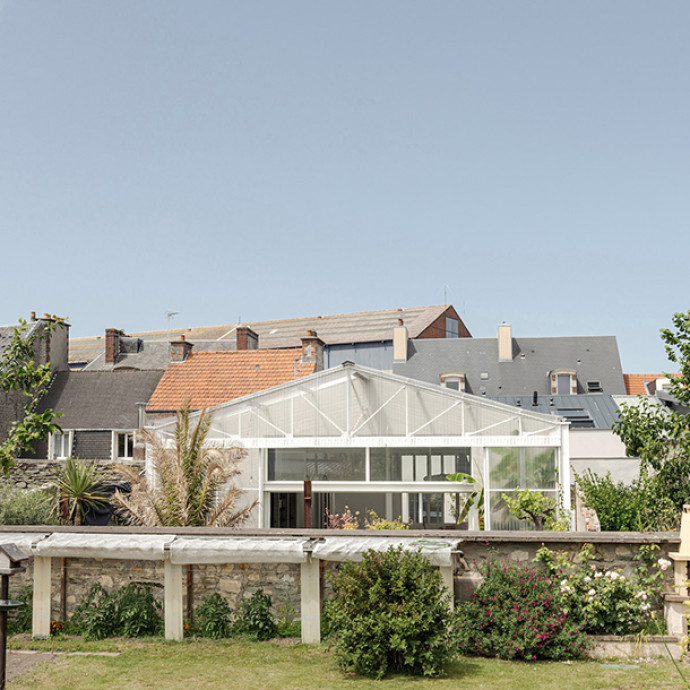 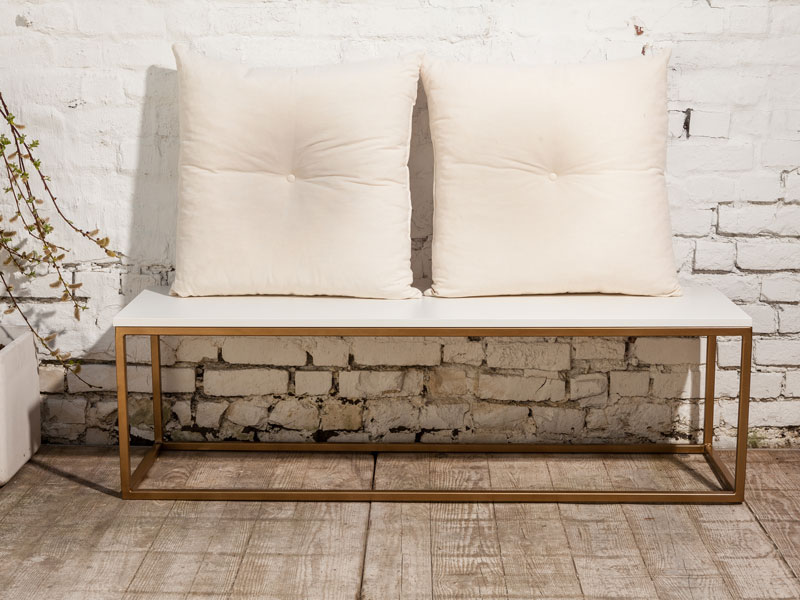 La Fabrique des Pieds: create an interior in your image!