The contemporary Papier Tigre stationery is getting a makeover! Under the leadership of the agency Cent15 architecture, the space on rue des Filles du Calvaire (3rd arrondissement) now includes a sales area, a customization area and a manufacturing workshop. A place with an industrial soul warmed by the colors of the brand's iconic notebooks.

The project rehabilitates a place steeped in history. Former store of Matali Crasset in the omnipresent blue and even stationery almost 60 years ago, the space is characterized by a raw aspect voluntarily highlighted by the architects of the agency Cent15 architecture, project managers.

The adventure begins on the street where the dated and identified facade is quickly enlarged and smoothed out. As is often the case for Parisian stalls, the architects quickly realized that the whole was equipped with layers and were able to recover up to a meter of ceiling height. A discovery resulting in a monumental glazed facade marked by the possibility of fully opening in summer. An attractive feature that has a direct impact on the staff of the store, as Maxime Brenon, director of Papier Tigre told us: “This is the success of an architectural project in retail: making sure that architectural changes are also seen in the store's turnover. And this is really the case here. "

The whole is thought of as an architectural route punctuated by stages: a space dedicated to the presentation of products, a sales counter, a more subdued area devoted to the personalization of products and a manufacturing workshop. To define these stages, the project managers imagine aisles, like those in supermarkets, and thus create a long itinerary.
This course is punctuated by six modules which allow the teams of the shop to modify the scenography of the space according to their desires. The vibrated stainless steel modules are mounted on casters and are provided with a storage base allowing sellers to restock without worries. "We like to change everything, all the time, so changing the heights and positioning of the blocks was very important for us in order to offer different sales experiences to our customers on each of their visits" underlines Maxime Brenon. The choice of materials is important here. To echo a very rough envelope - conservation of the galvanized steel metallic curtain, concrete floor and visible technical elements - and to highlight the colored products of Tiger Paper, the architects bet on stainless steel which reflects the light, glass shelves that filter the lighting and wood that warms the whole.

“We wanted a positioning that was not that of classic stationery, a little old-fashioned. We wanted to start from the opposite of that, and create a modern, innovative and above all attractive concept. On purpose, our stationery today is very sober, a bit like a gallery, with clean machines, more similar to those of a laboratory than of an artisan workshop. " Maxime Brenon, founder and director of Papier Tigre

This “manufacturing laboratory” is separated from the rest of the shop by plastic straps that can be found - the same ones that can be seen in butcher shops for example - but remains visible to customers. Here, the light is cooler and the furniture, coming from the trade, is suitable for manufacturing. Former workshop, this part also has a glass paved ceiling which brings light and charm to this space.

A complete place which dust off the image of traditional stationery. 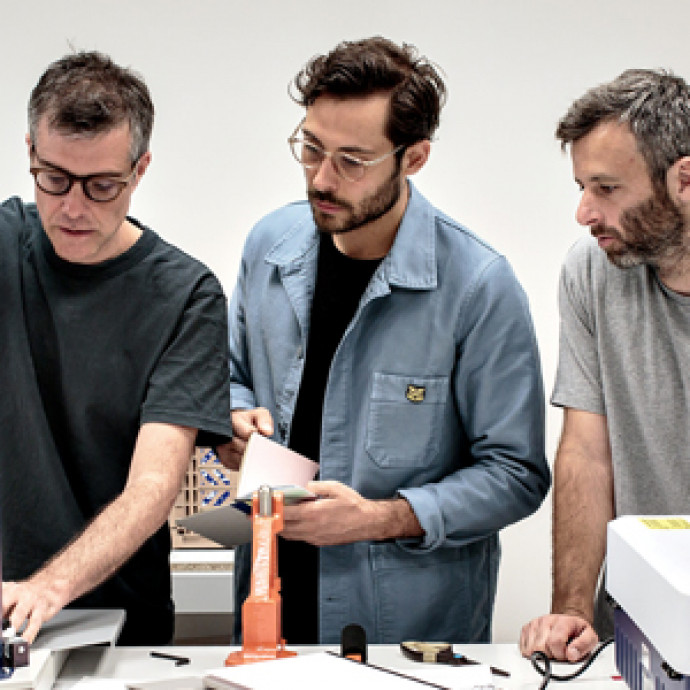 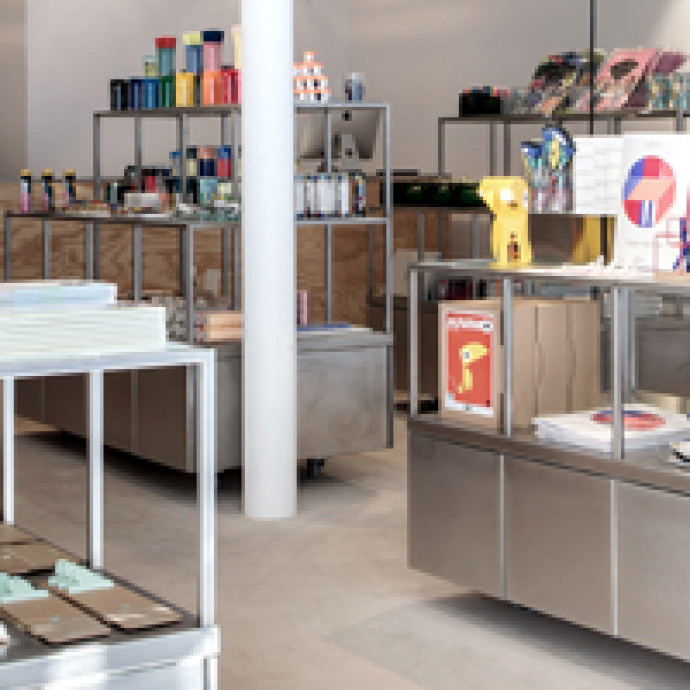 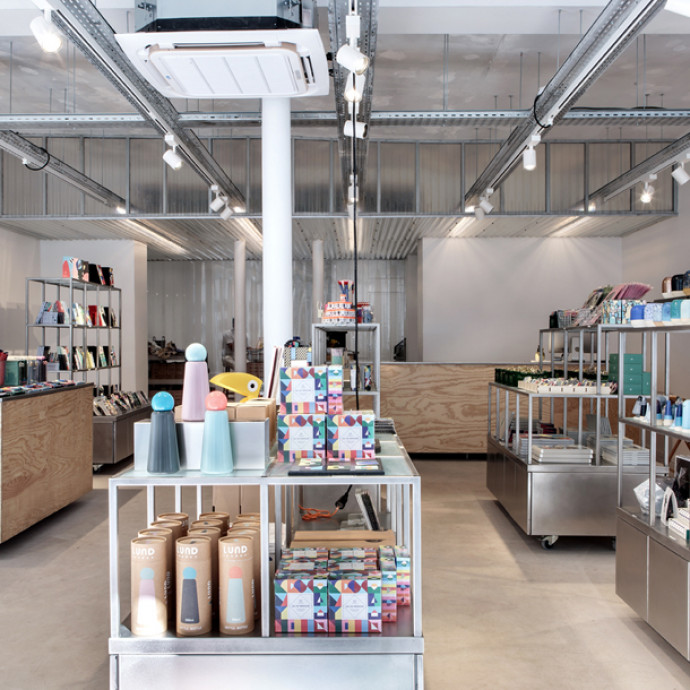 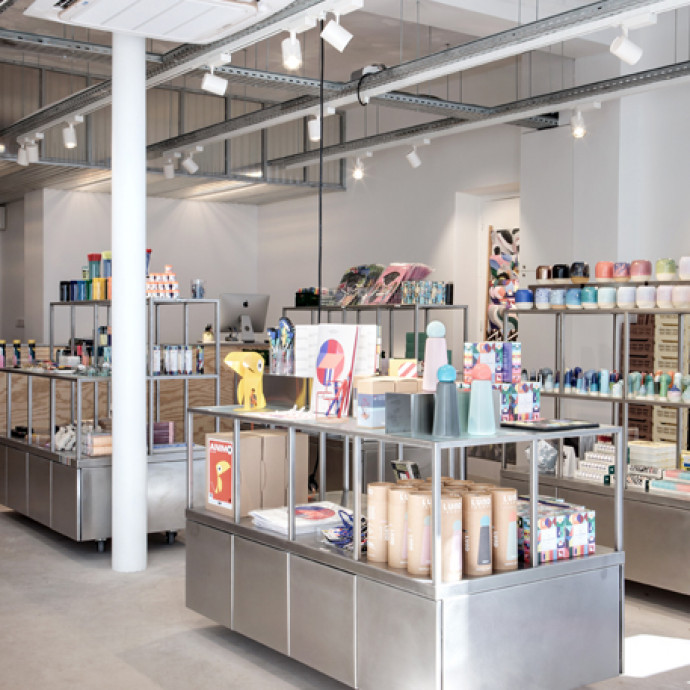 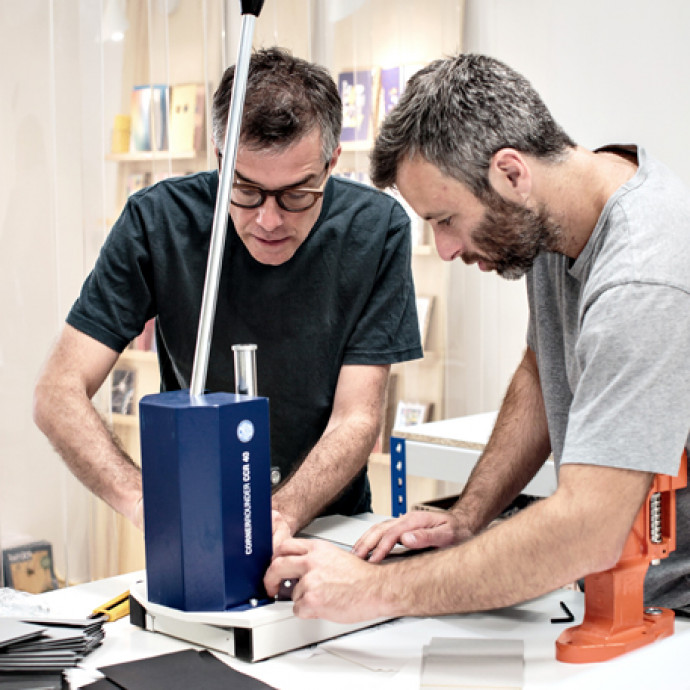 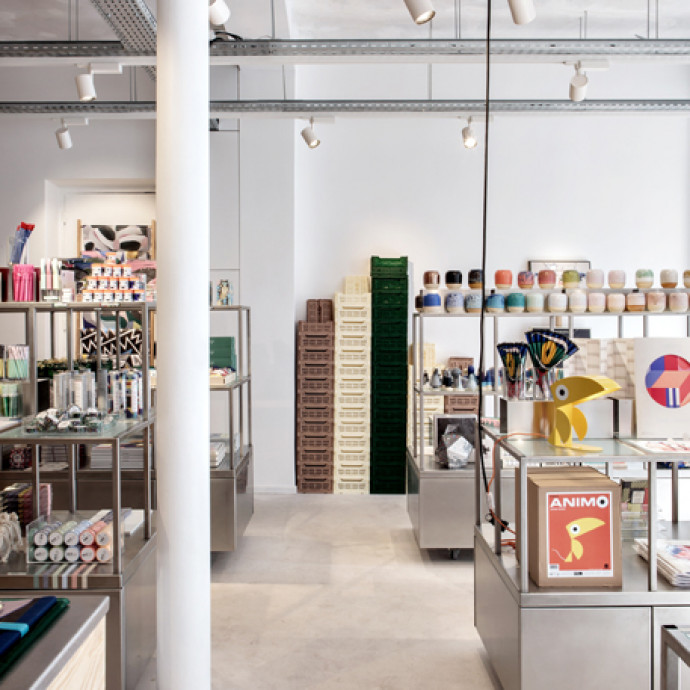 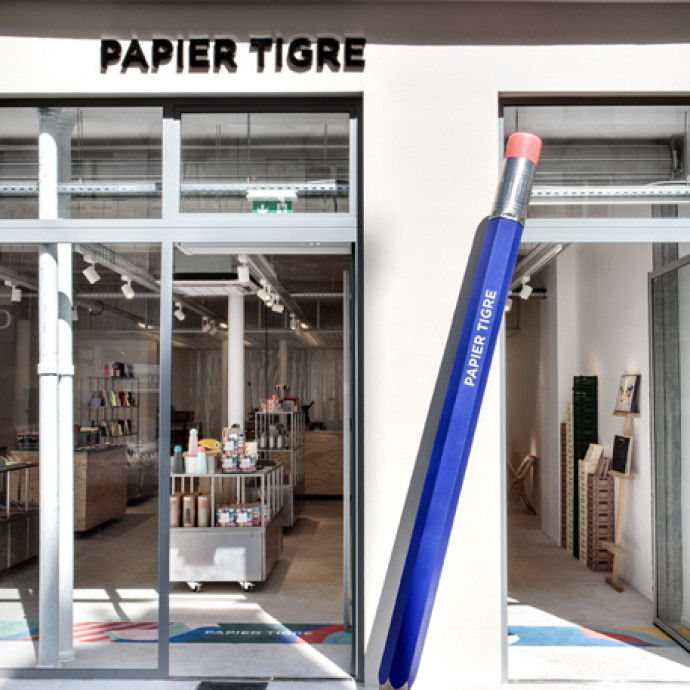