RATP Habitat's new headquarters have just been delivered at 158 ​​rue de Bagnolet, in the 20th arrondissement of Paris, in the heart of a dense built-up island. Atelier du Pont imagined a three-storey wooden frame building.

Carved in tiers, it mixes architecture and landscape and adapts to its environment thanks to a set of south-facing terraces that allow people to inhabit the roofs.

Atelier du Pont also designed all the interior fittings, furniture and signage. She supported the Contracting Authority in defining their new workspaces. Inside, the trays are flexible and scalable. Emphasis was placed on conviviality, adaptability and domesticity of the different workplaces. The project was designed to promote meeting and exchanges between occupants, inside and out.

It is by passing under the porch of a housing building that one reaches the new headquarters of RATP Habitat. The building occupies the whole of the plot, the space consumed on the ground is thus compensated by a succession of gardens on the roofs. Its post-beam frame is in glued laminated timber. It is woven into that of the existing car park to limit structural changes in the basement. The use of wood also makes it possible to reduce site nuisances for the neighborhood.

Roofs planted and inhabited to work and relax

RATP Habitat employees benefit from landscaped and planted roofs. Very sunny, they allow you to work and relax in the heart of Paris. Areas of open ground and planted pots delimit the different spaces of these terraces where you can also have lunch, take a break, share a moment of conviviality or indulge in gentle sports (yoga, ping-pong …). The garden on the last level is dedicated to vegetable growing.

Flexibility and user-friendliness of workspaces

The interior design of the building is a radical departure from the classic office model and responds to the contemporary challenges of workspaces: flexibility, scalability, multifunction and creativity. A good balance between the collective and the individual. The spaces are designed to be invested in different ways throughout the day (work, coffee, relaxation, meeting, video…). The two office levels are designed according to a free plan principle, reconfigurable thanks to the mobile partitioning and allowing the space to be adapted to various practices (shared offices, closed offices, open-plan offices, nomadic offices, work and meeting spaces. informal, collaborative spaces, creativity room ...) and their evolutions.

Founded in 1997, Atelier du Pont, an architecture and interior design agency, now has 40 employees from all walks of life, around two partners: Anne-Cécile Comar and Philippe Croisier. The agency operates in many areas: hotels, facilities, housing, offices, private houses, shops, restaurants ... and questions new ways of life, work and relaxation to create fair, creative and inspiring places, in France or internationally. Its approach is global. Whether its achievements take the form of a small 15 m2 boutique or a 10 m000 building, Atelier du Pont addresses all aspects: architecture, town planning, interior architecture, furniture, artistic direction, space planning, etc. Each project is a new adventure. 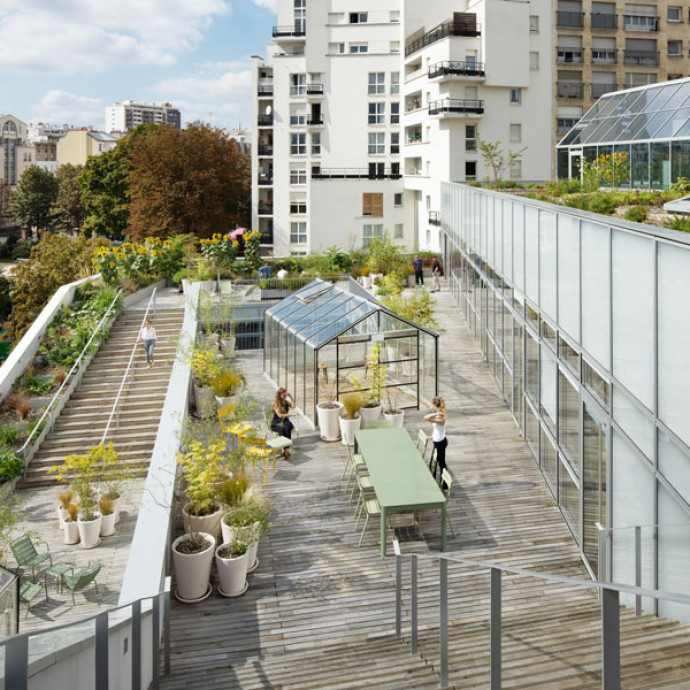 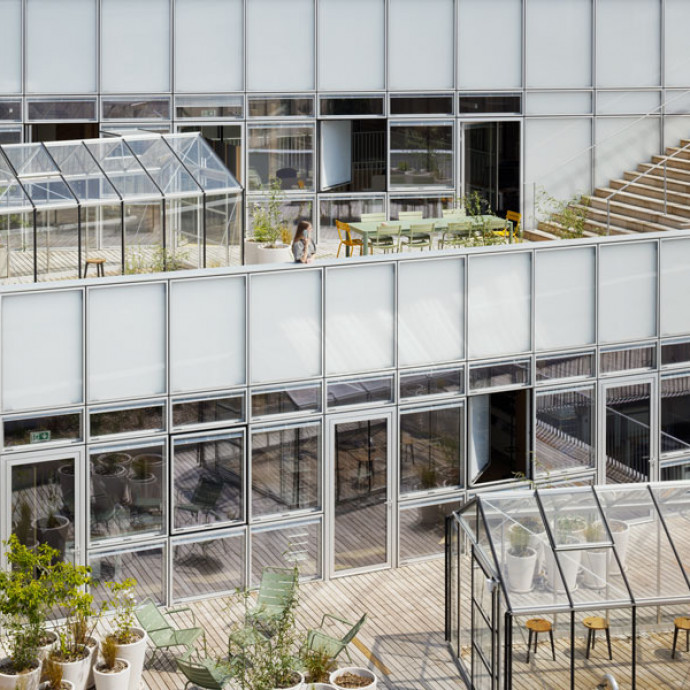 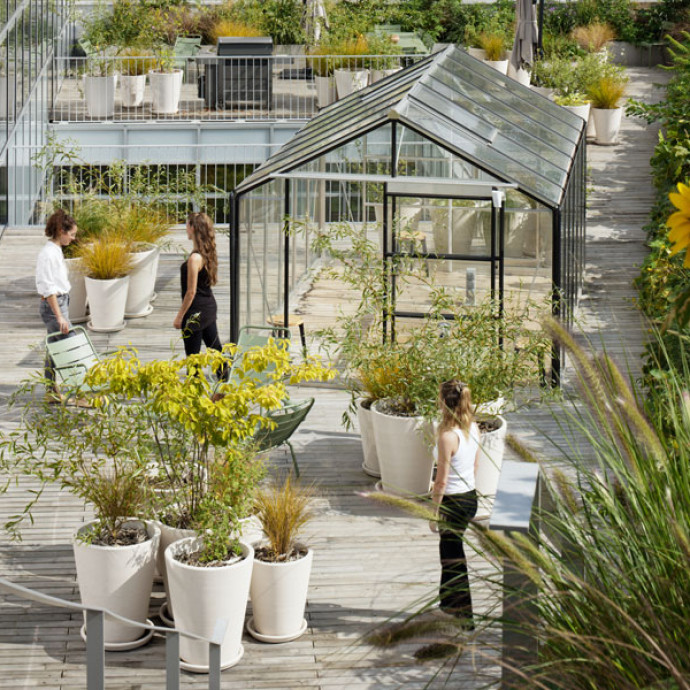 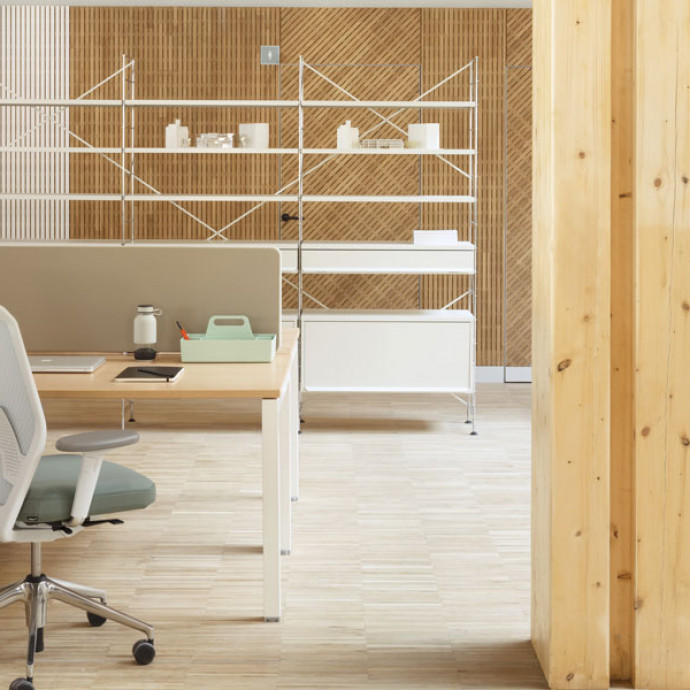 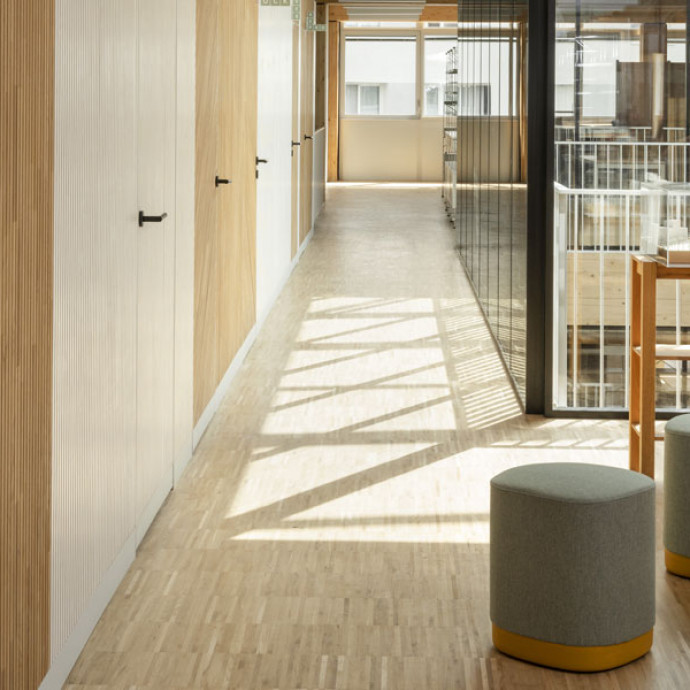 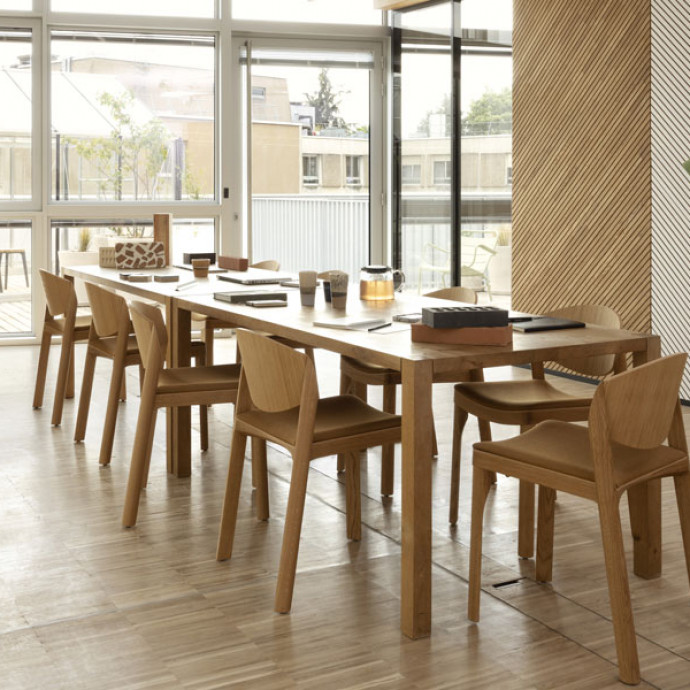 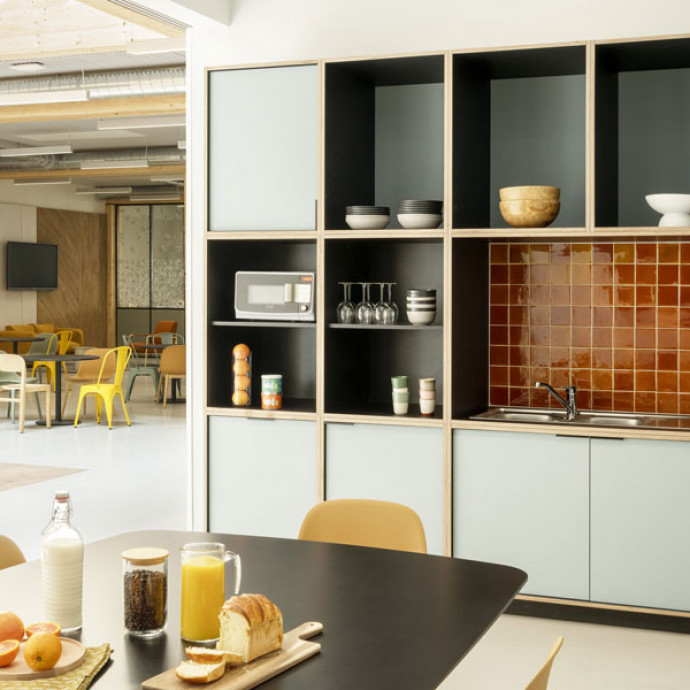 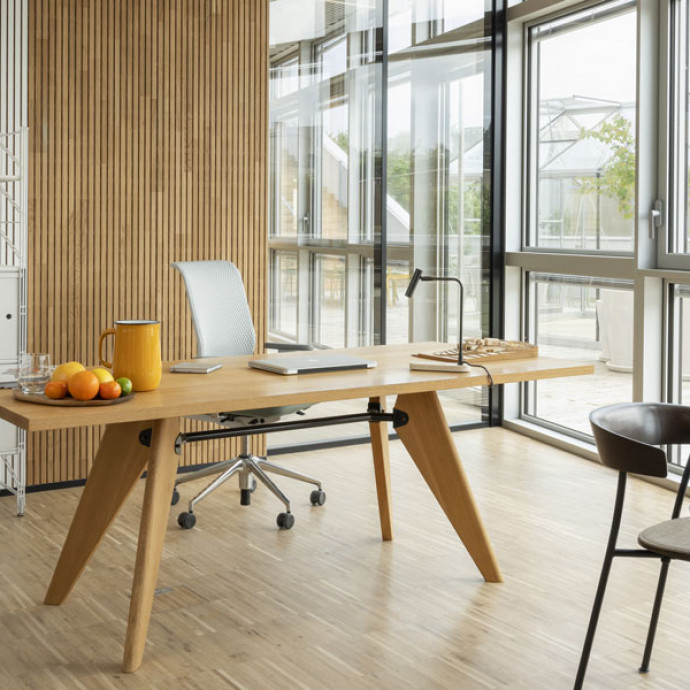 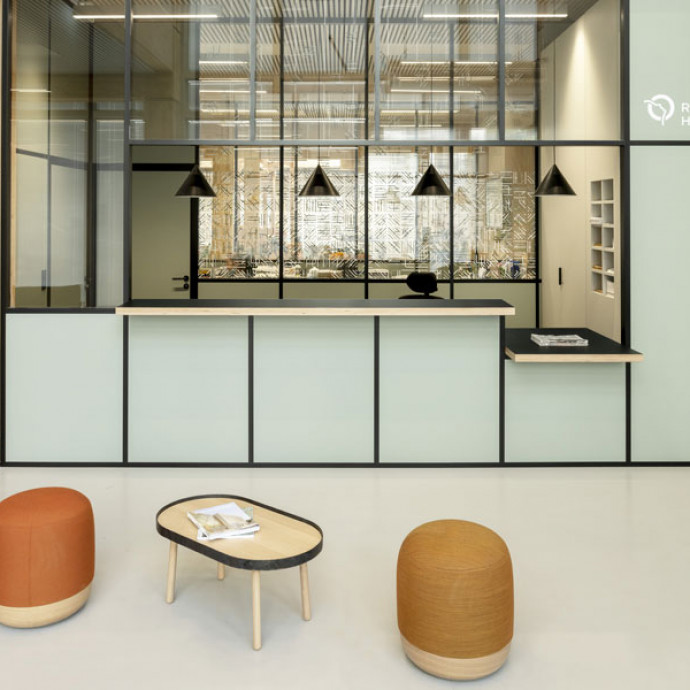 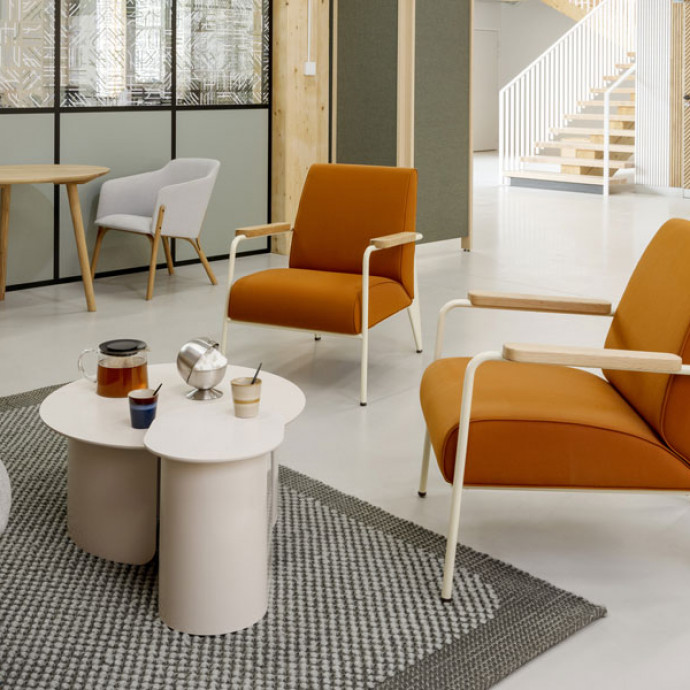 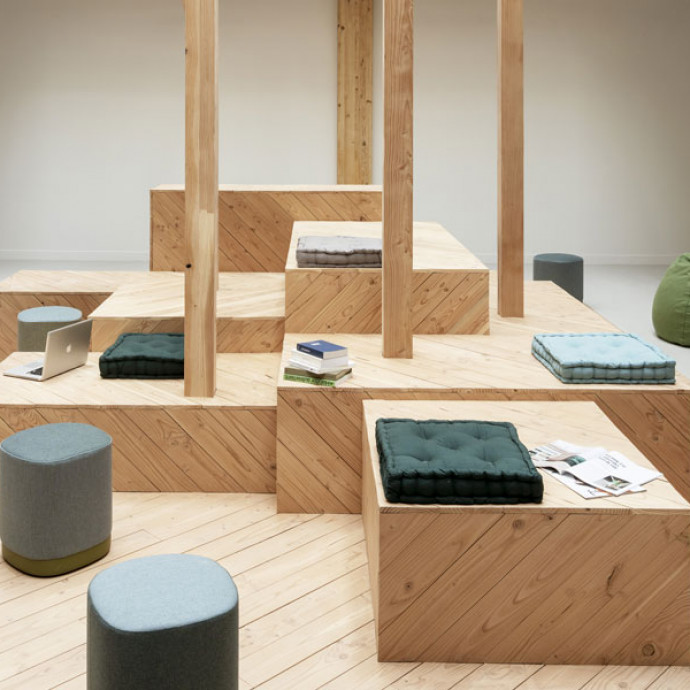 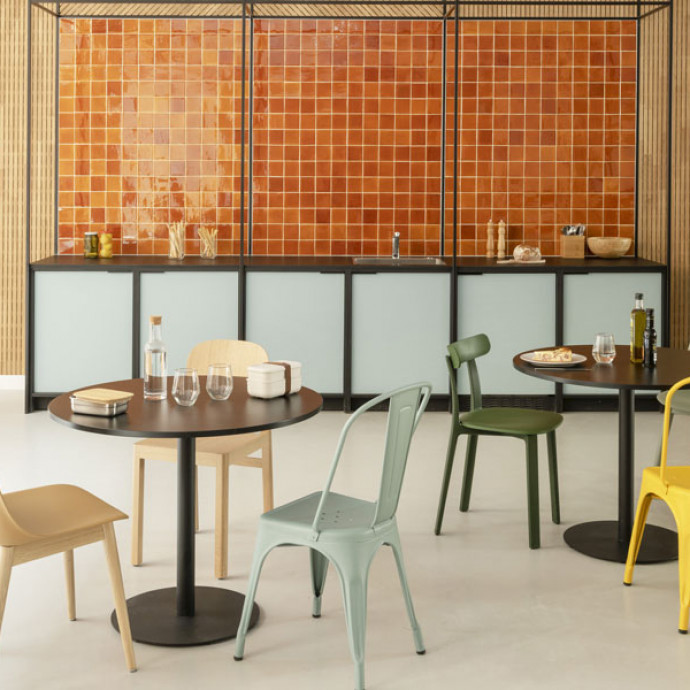