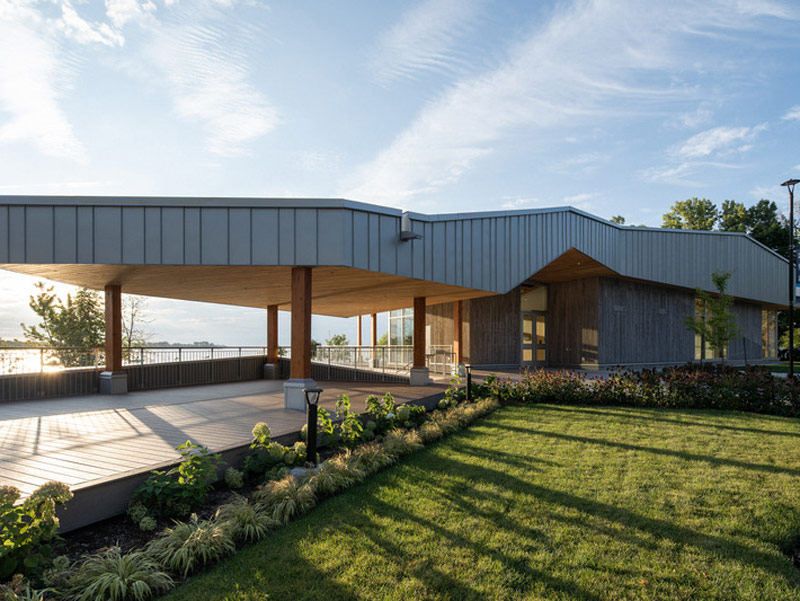 Reclaiming the shores of the island of Montreal with a public project that incorporates bioclimatic principles: this is the objective of this nautical center which was born in the summer of 2021. Many citizens are asking their municipalities for new investments in the parks, in order to make them places that are both unifying and inclusive. The Baie-de-Valois Nautical Center is a realization of the consortium formed by PRISME and ADHOC Architectes.

For the municipalities established on the island of Montreal, the new public facilities make it possible to reclaim the banks by offering spaces adapted to the needs of user communities. Another challenge, and not the least important, is to create buildings incorporating new green technologies, which make it possible to fight against climate change.

Located on the shores of Lake Saint-Louis in Grande-Anse Park, the new facilities replacing the old dilapidated chalet are used in particular to improve the nautical activities offered to residents.

The geometry of the roof, a strong concept of the project, plays a leading role in reducing energy use. Indeed, the articulation of the roof has been thought out in such a way as to optimize passive solar gains. In the summer season, the sun's rays are blocked by the pronounced overhang of the roof on the south-west side of the building in order to limit heat gains inside the building. In the winter season, the angle of solar radiation being less pronounced, the sun can penetrate directly into the spaces and thus contribute to a passive heat supply.

Part of the rainwater on the roof is strategically redirected on the site in filtration zones provided in the landscaping.

Ash wood recovered as part of the fight against the emerald ash borer was used for the interior finishing work as well as for the soffits. In addition to contributing aesthetically to the project, the revaluation of this material also contributes to the capture and sequestration of carbon.

A project resolutely turned towards the future! 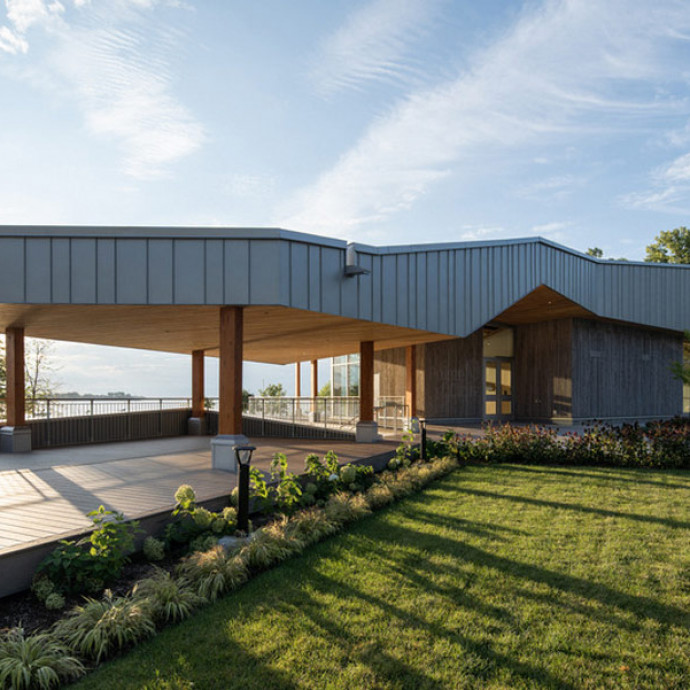 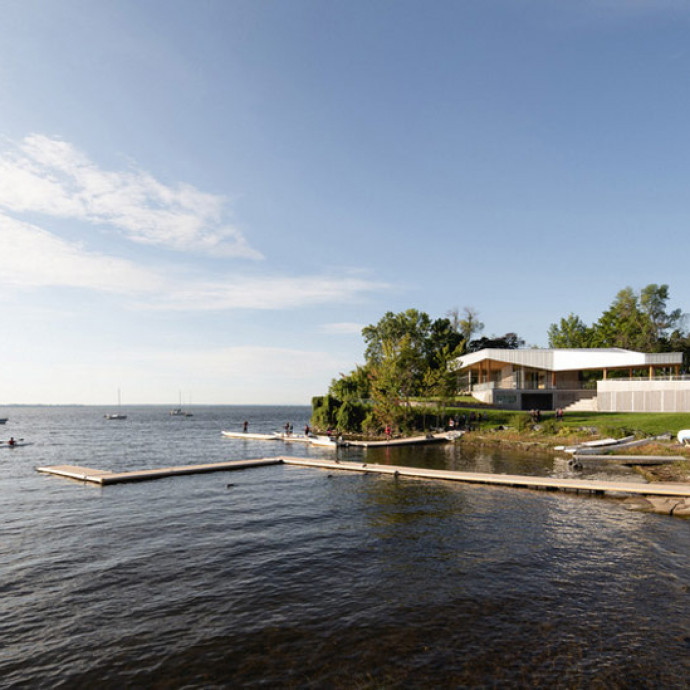 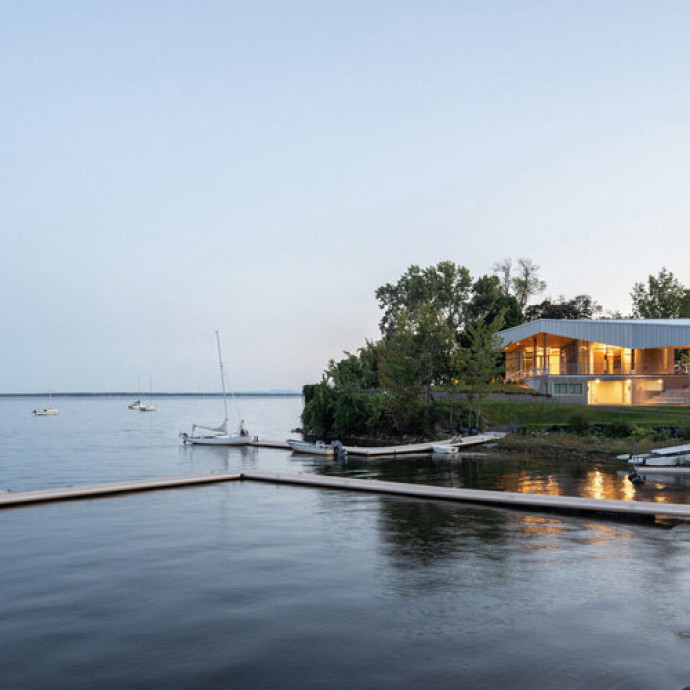 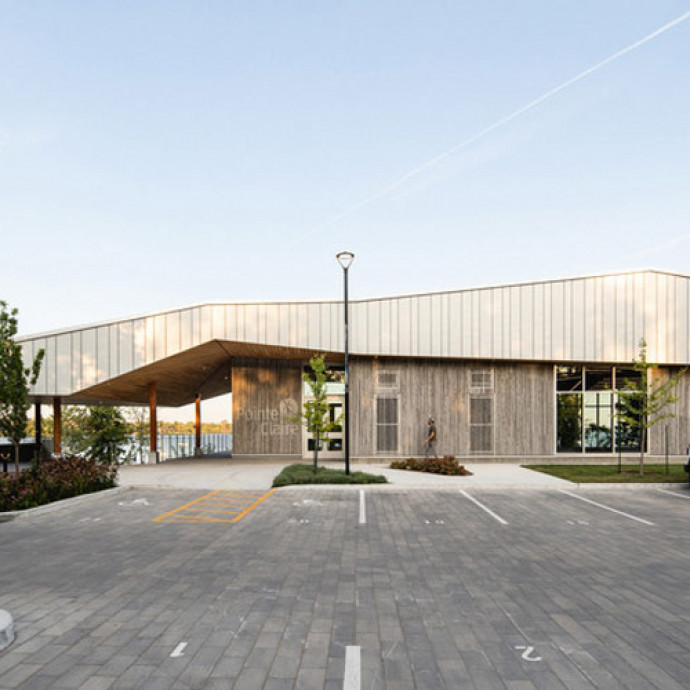 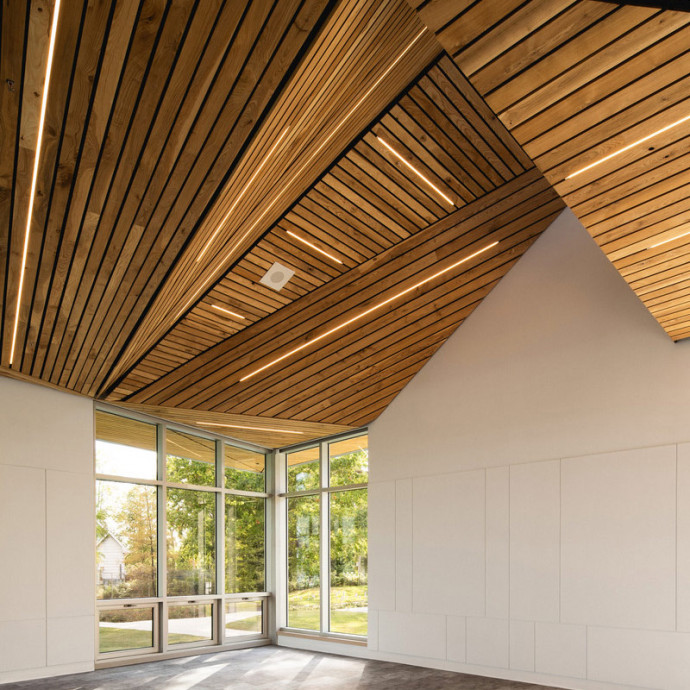 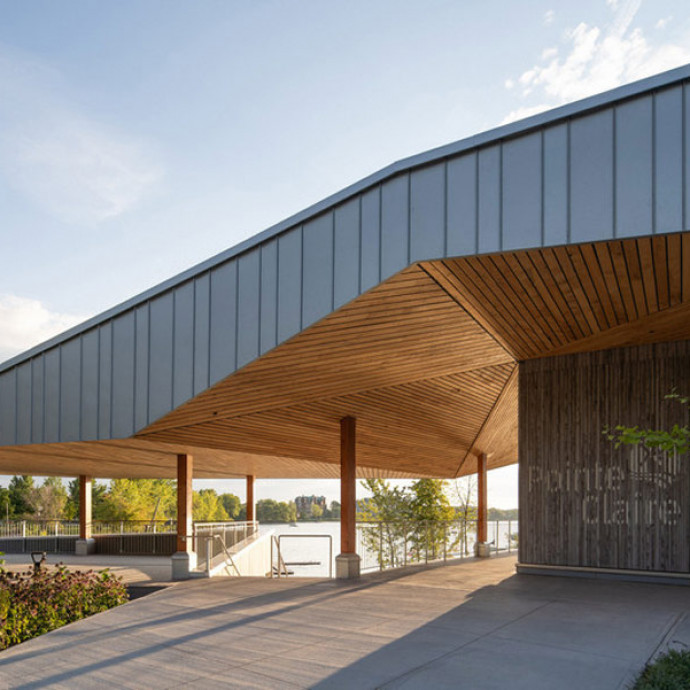