The law Enota Slovenian architects, led by 2014 a development project in the city of Velenje in Slovenia, whose central point is the requalification of the banks of the river running through it. The architects wanted to offer residents a direct conection with the water and at the same time master the vagaries of the river.

"Promenada" is a major urban area and a vital artery of the city. It is located on one of the central axes of the center of Velenje, a young city designed in 1950 years, based on the ideal of modernist garden city; as such, it is unique in the Slovenian space. Renovation of "Promenada" represents the first step towards the gradual revitalization of downtown. Its mission is to infuse the city with new energy by attracting residents and promoting access by bicycle and public transport. The idea is to give back to the city its original character of a garden city.

For the architectural firm "Enota" the project "Promenada" had to offer more greenery and more space by restricting the circulation of cars. In the past, the existing promenade was created by the closure of the road. It had remained a kind of hybrid space between the road and the surface of the sidewalks. With the renovation, the walk widened by opening on more generous green spaces. The public space is transformed into steps of concrete, punctuated with parquet, cobblestones and greenery. The different subjects answer each other, offering a wide range to the inhabitants. the architects also took care to respect the modest budgets of the city.

This is the torrent "Paka" running through the promenade, several times a year the site is subject to significant flooding, explaining the depth of his bed With the new development, the city by the reconquest of its banks, and urban development has become the new center of activity. The river may again be prominent in the public space while being closer to the urban life of the inhabitants. 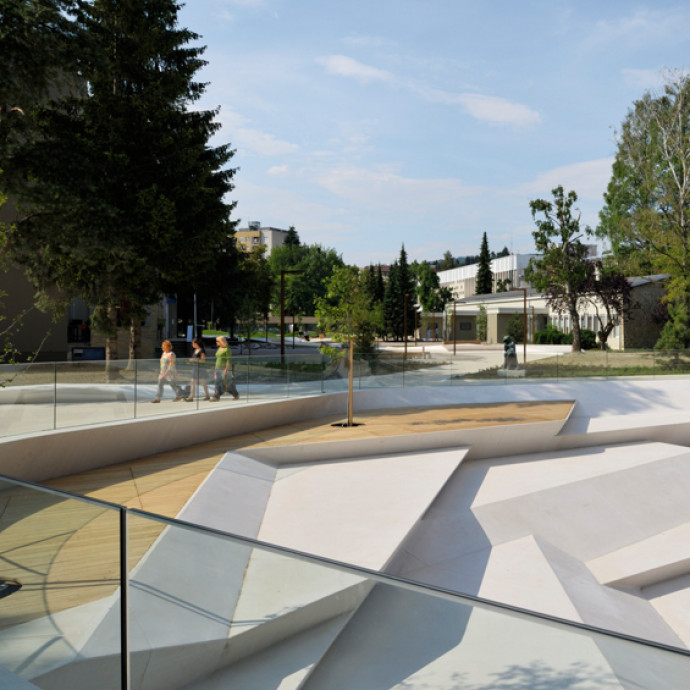 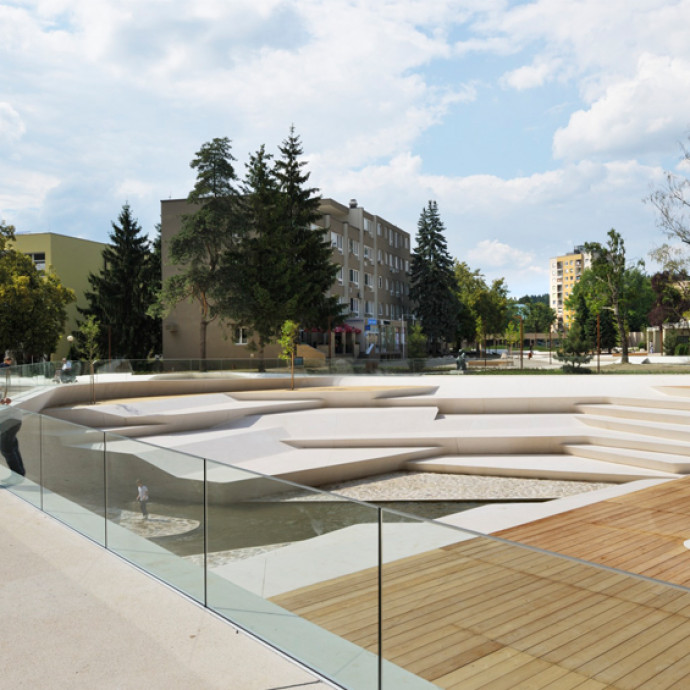 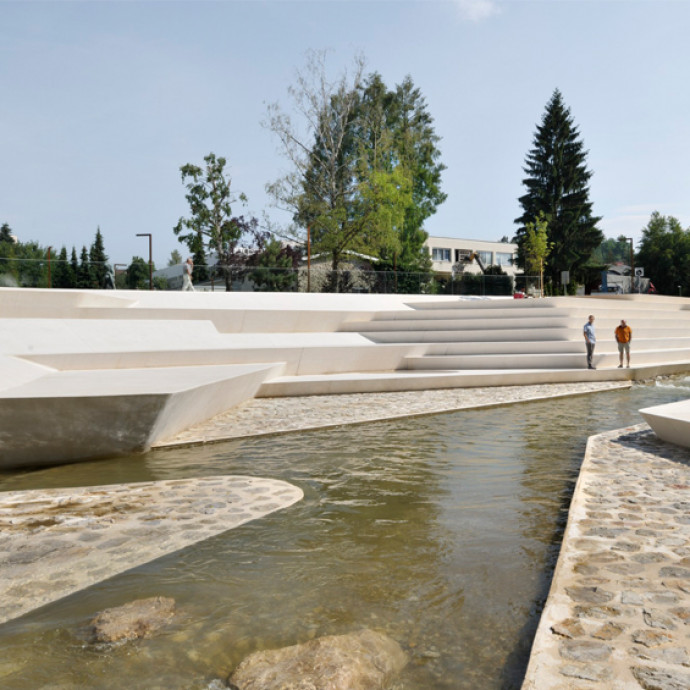 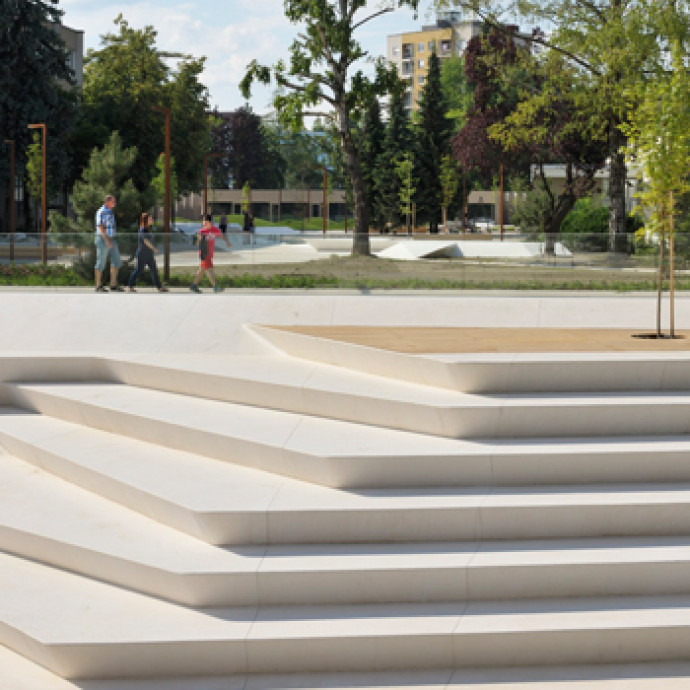 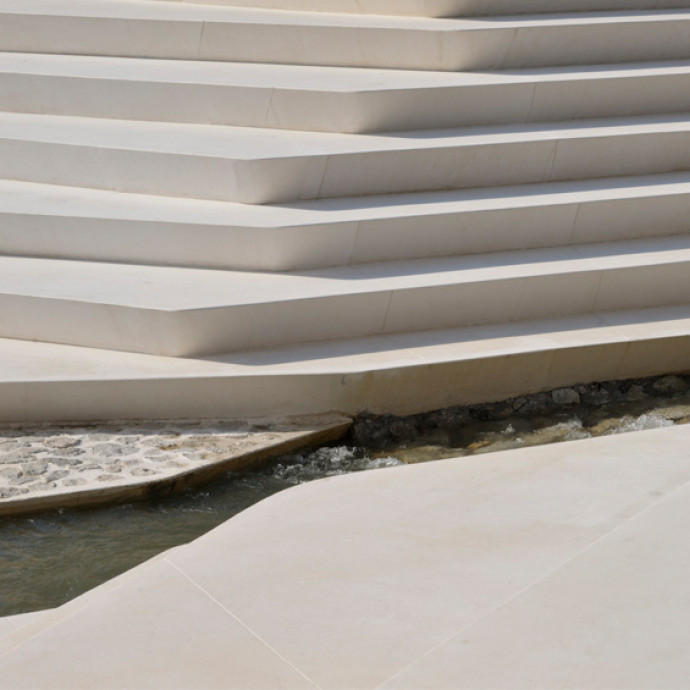 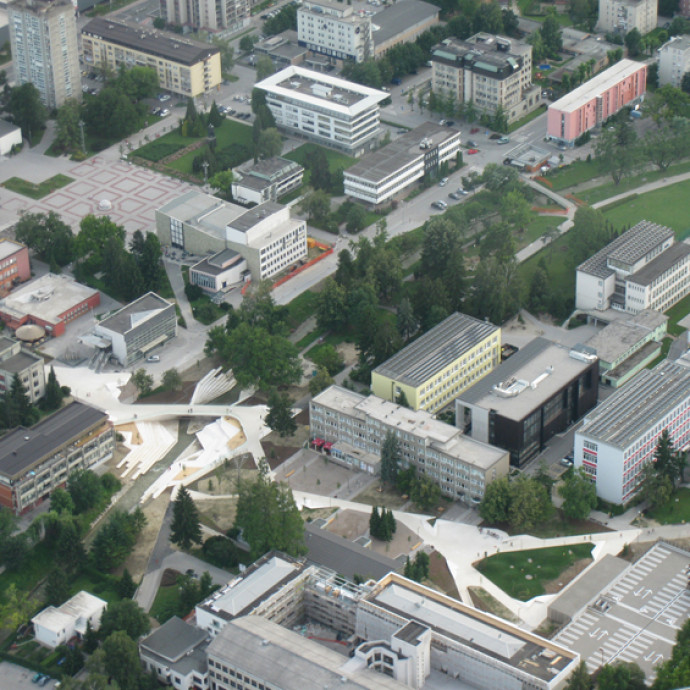 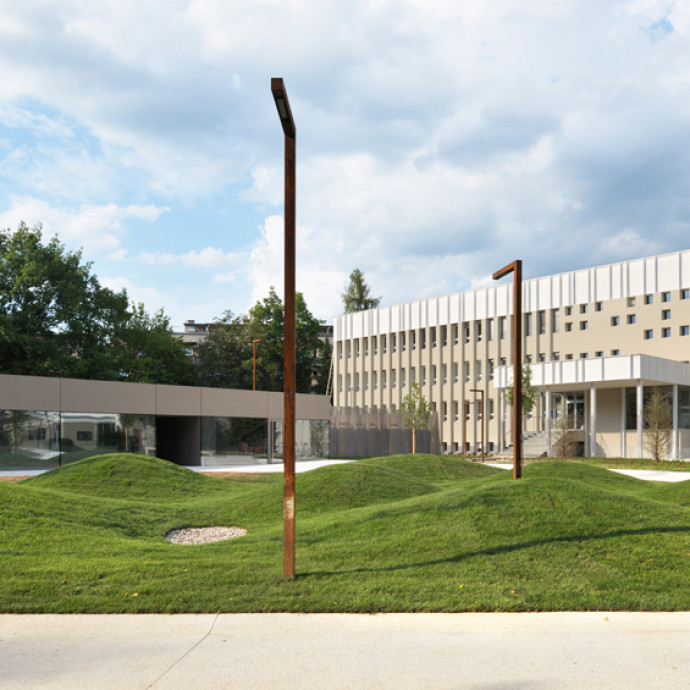