Inspired by the figure of Janus, Roman god of the past and the future, as well as the history of the Mediterranean, the Barcelona brand of interior accessories Octaevo imagines a set of ceramic trays. A discount to the tastes of the day of the traditional symbols of Greece and ancient Rome.

Thanks to strong and colorful lines, sculptural graphics and striking notes, the Barcelona company succeeds in translating traditional Greco-Roman vocabulary into contemporary pieces in the square format of 155 x 155 millimeters. Made in Spain from baked ceramics, the trays are then decorated with a golden glaze applied by hand.

Ancient symbols and gods such as Apollo, Janus, the Hand of God - Hamsa - or the protective amulet against the evil eye of Nazar come under the signs of luck and protection, in a design certainly contemporary. A reappropriation of the spirituality of the ancient citizens who promises the creation of colorful altars in the apartments of the owners of the various objects proposed by Octaevo.

"May they [these trays] bring to their owners happiness, luck, health and success. ", Marcel Baer, ​​Artistic Director and Graphic Designer at Octaevo.

From their workshops, Octaevo's designers are reinventing concepts that explore the stories and myths familiar to them and reinterpret these themes through a wide range of decorative elements: vases, cushions, coasters and other accessories.

A testimony of the time when the gods borrowed from the earthlings their human temperaments in divine designs. 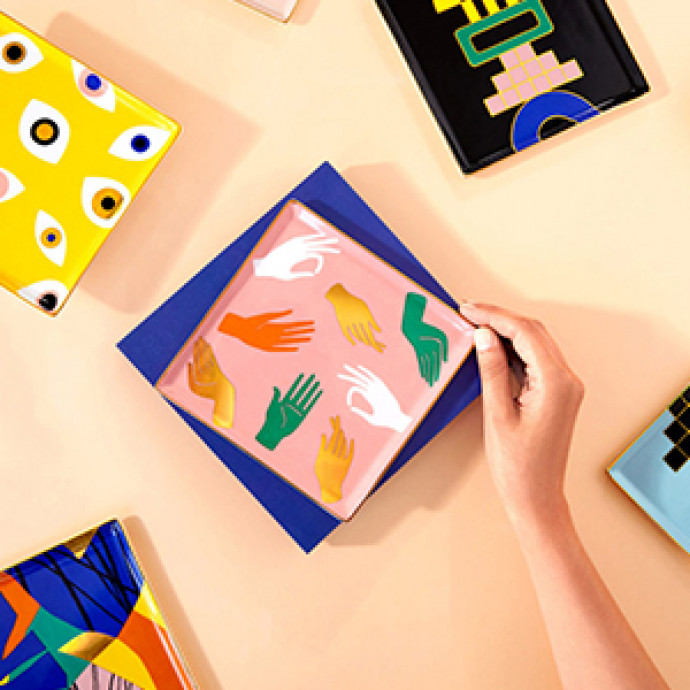 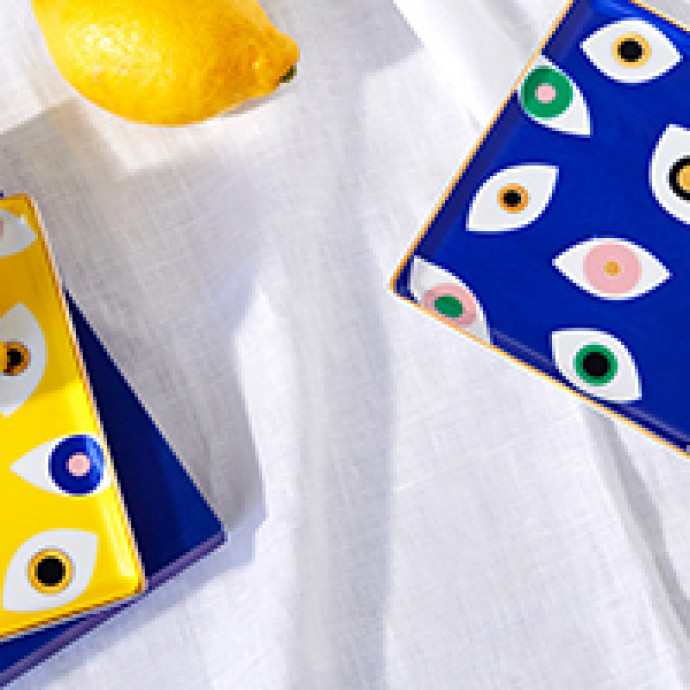 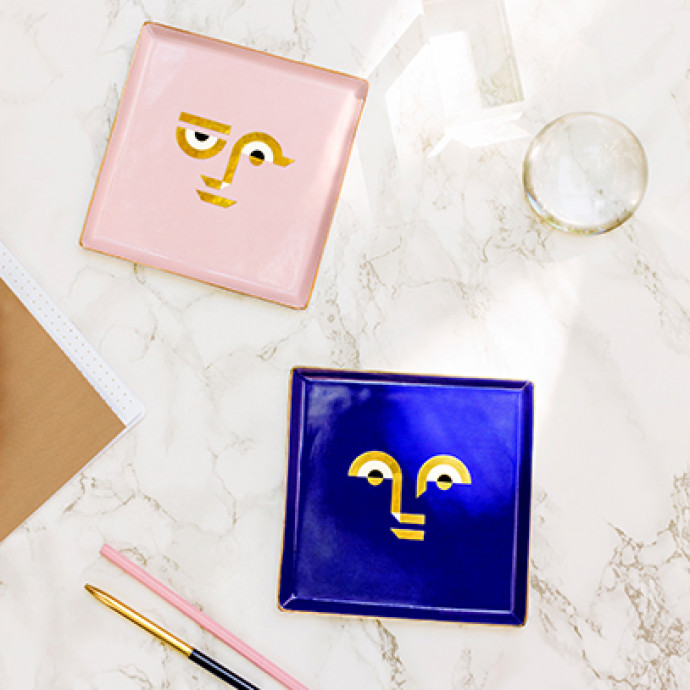 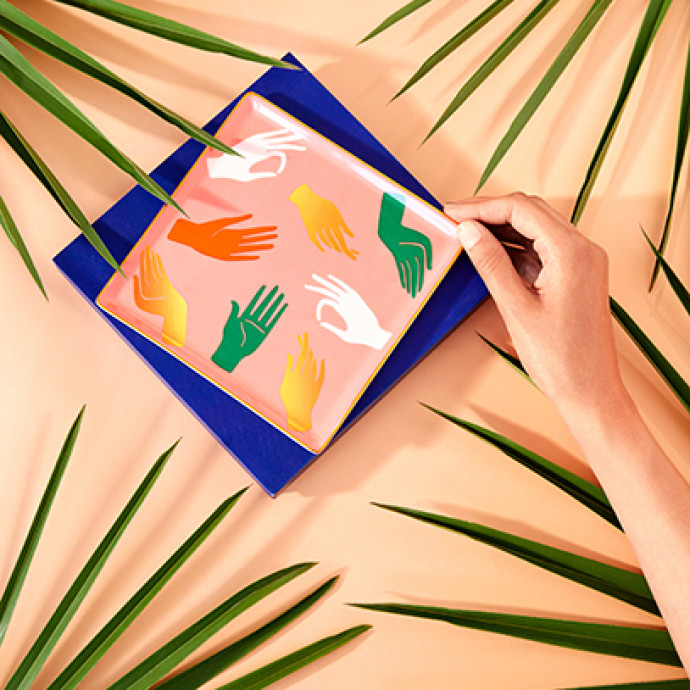 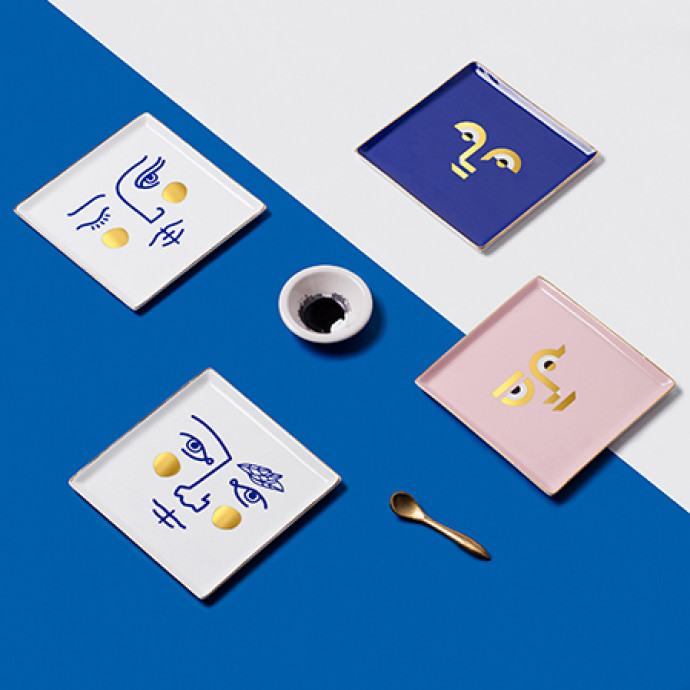 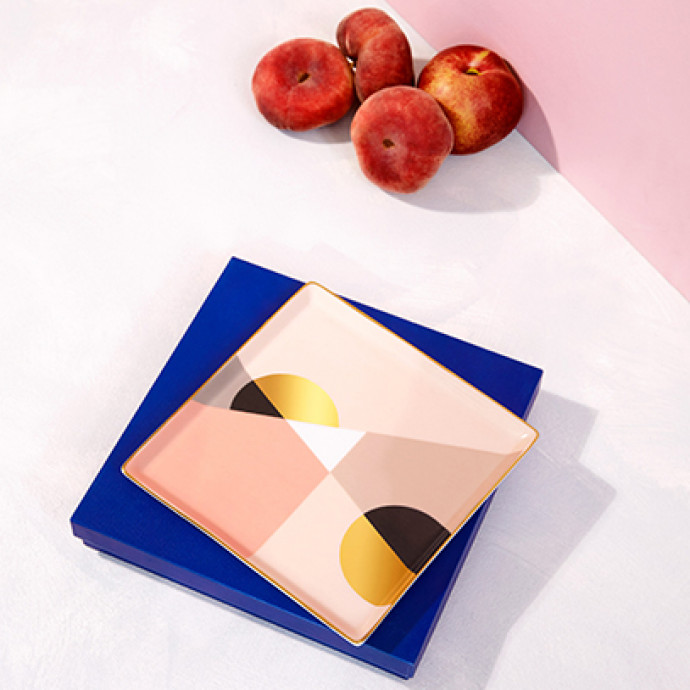