With blue as a common thread, the aptly named Villa Cielo is a vibrant tribute to nature, to the sky and to the sea. Oscar Lucien Ono and his interior architecture firm Maison Numéro 20 have made this former finca a place to be. part, nestled in the heights to capture the light and enrich its environment to become fully unique.

It is at the top of the hills of Sant Josep that Villa Cielo overlooks the sea and the pine forest. This old finca, rehabilitated for the first time by Blakstad * in the 70s, has been transformed again, both from an architectural point of view and design by Oscar Lucien Ono and Maison Number 20 to become an ultra contemporary villa, at the antipodes of the ibicenco codes. Here the variations of indigo, turquoise, Klein blue or ultramarine cheerfully energize the space and are elegantly punctuated with touches and gradations of yellow, like a ray of sunshine.

* (established since 1956 in Ibiza, the family of architects Blakstad revolutionized local architecture by rethinking villas with a design between tradition and modernity -> “The architecture of Ibiza is only a part of an organic, living relationship between man and nature” - Rolph Blakstad)

Oscar Lucien Ono and Maison Numéro 20 laid bare this space and kept only the walls to rework it in a contemporary and daring style by opening it completely to the outside. Now the entire villa is a real window overlooking the surrounding nature. These living tableaux are surrounded by black metal and reinforce this spectacle of still life by emphasizing the purity of the dry and graphic lines of this villa. It is thanks to this architecture playing with indoor / outdoor codes that nature joins the design of the places in an organic osmosis.

Old architectural elements, which make the unique personality of this villa, have been preserved. There are wooden beams on the ceilings of the kitchen and living room or the external structure of the fireplace which dominates the roof, like a sculpture which would testify to the past of the villa.

Both the interior and the exterior are designed as a vibrant hymn to nature. The master bedroom, like a hotel suite with its huge white marble shower in its center and its taps from the international house Dornbracht, is integrated into the surrounding forest thanks to its large openings overlooking the sea. sea ​​and pines. Similarly, the two guest rooms, each in its own way, are blue and yellow with elegant color gradients. A final bedroom overlooks the forest and cultivates a sylvan spirit. Thanks to large wooden battens that echo from the walls to the ceiling and the fabrics in natural shades from Rubelli, it feels like a cabin in the treetops.

The exterior is like the old finca and its surroundings: contemporary and natural. The swimming pool takes up the gradations of color found in the house thanks to its mosaic designed by Bisazza and illuminated with touches of 24 carat gold.

The garden has been designed to remain a wild but sophisticated place. It multiplies cosmopolitan inspirations in a rocky setting with its cacti, its Japanese steps, its Moroccan fountain dressed in Majorelle blue, or even the citrus groves of the Mediterranean basin. There are various intimate and friendly places to live, which blend very naturally into the garden thanks to the surrounding flora which structures the space. We can cite the living room on the roof with its 360 ° view of the Mediterranean Sea and the forest, the solarium, the winter kitchen or the large masonry outdoor living room which highlights the work in the leaf. gold by artist Solène Eloy “Ray of Light”, like a burst of light in the garden that illuminates the masonry.

This energetic modernity, supported by elegant touches of blue and yellow, is supported by a careful selection of decorative elements tailor-made to match the unique spirit of this villa.

From the hall, under large openings in the ceiling letting in the light, a yellow chrome bench from Minotti illuminates the space not far from a golden bookcase which, like a wave, rounds and livens up the space.

The bathroom on the ground floor is a resolutely contemporary room with a pop and disco spirit. A room in the image of Villa Cielo in short: lively and unique. The kitchen, dressed in black horse marble, where the light from the large wall openings is reflected, is made to measure. The latter shows the reflection of Oscar Lucien Ono and Maison Number 20 on how to bring the contemporary into an old finca, as evidenced by the original beams still visible on the ceiling. We find this same association in the living room where the beams overhang a warm space which bathes in the sun thanks to large picture windows overlooking the swimming pool and the area of ​​Sant Josep. This living room and dining room is a friendly and lively space thanks to an arrangement imagined to meet with family or friends. It is on a carpet in natural colors from the Lelièvre edition and creation studio, that a sofa by Gallotti & Radice is found, which rounds around a massive armchair and glass coffee tables. The dining room is also a pretext to meet up, with its glass table from Silvera and its comfortable seats from Gallotti & Radice. A Bolia luminaire illuminates this table during the evenings when the sunlight does not come to fill this space.

A luminaire declining a range of blues dramatizes the entrance around a graphic staircase leading to the upper floors of the villa as well as to the terrace, the latter being a room in its own right in the villa. It is moreover with the same thoroughness as for the interior of the villa that the various pieces composing the outdoor furniture were chosen. The roof terrace is a real lounge under the sun thanks to furniture from the Mah Jong collection from Roche Bobois. This furniture, made up of armchairs, sofas and coffee tables, claims total freedom of form and function: the ideal choice for a villa that breaks the rules.

The masonry living room plays the card of space in space thanks to its design which structures this part of the outdoor garden like a real room bathed in greenery, not far from the swimming pool. The furniture from Kettal and the work “Ray of Light” by Solène Eloy reinforce this feeling of being in an open-air living room, facing the swimming pool and back to the forest. But beyond the masonry living room, the outdoor kitchen and its huge table also make this garden a real living space, just like all the rooms in the villa. The wood used for the making of the table and its awning reinforces the homage to the surrounding forest.

Founded by Oscar Lucien Ono, Maison Number 20 is today a rising signature of high decoration, considered as the new wave that embodies the new chic of interior architecture. Each project tells a beautiful story and brings an emotional response to a place as a true narrative design. His influences constantly go back and forth between design, art and history. In 2019, Oscar Lucien won the Originality award at the Talents, Luxury and Creation ceremony. 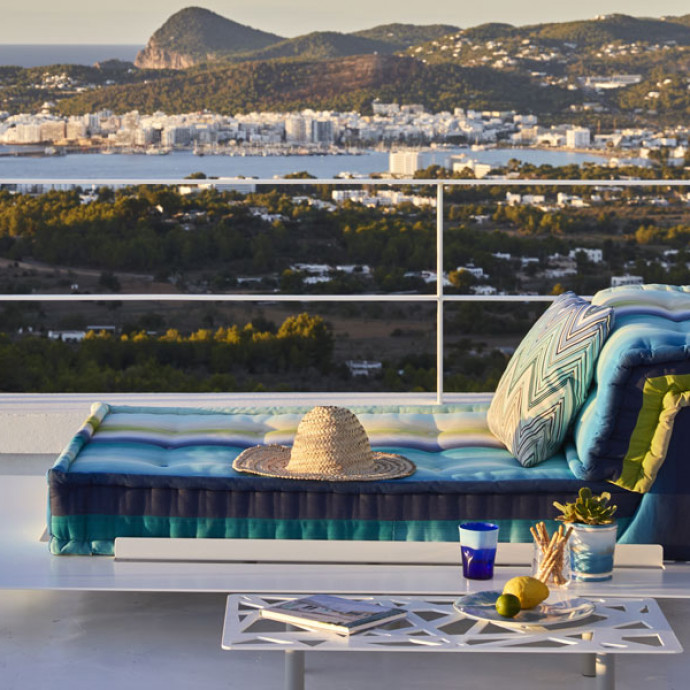 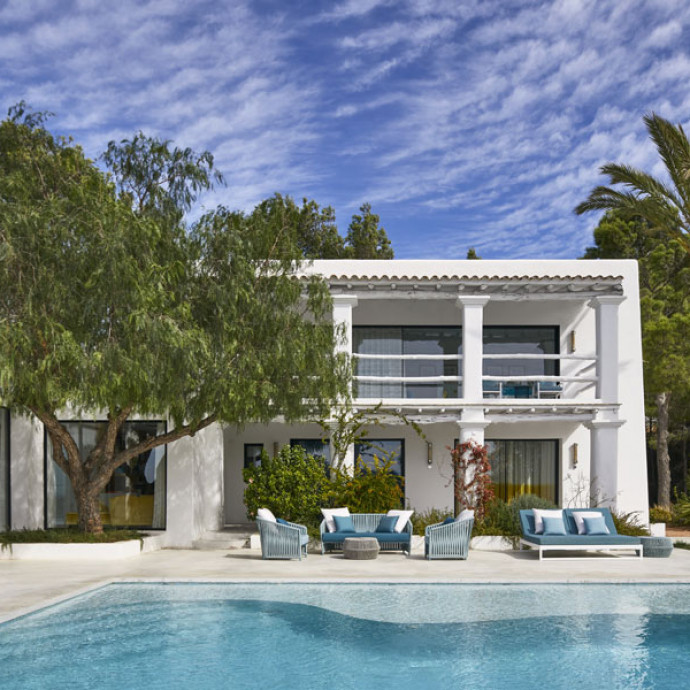 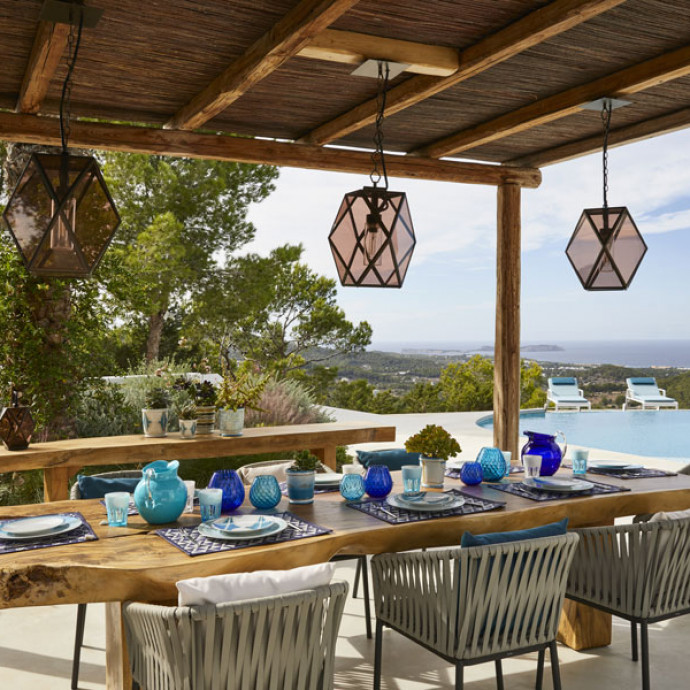 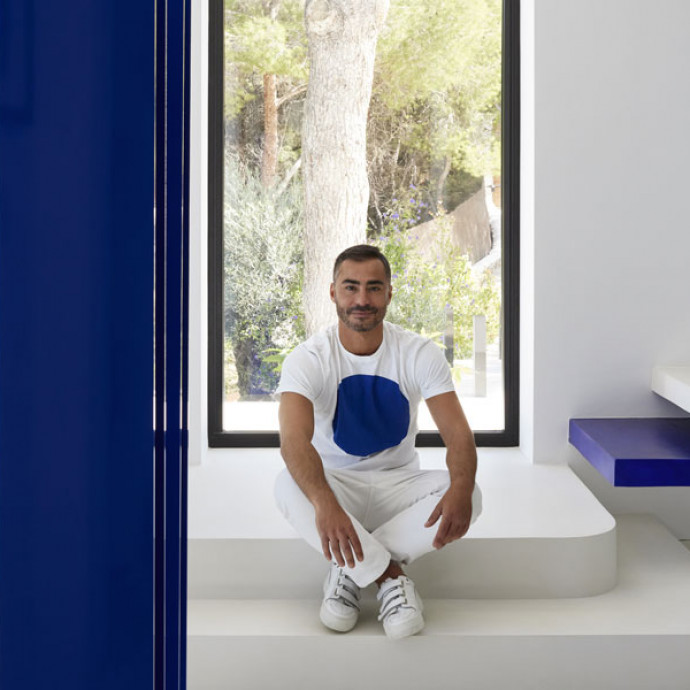 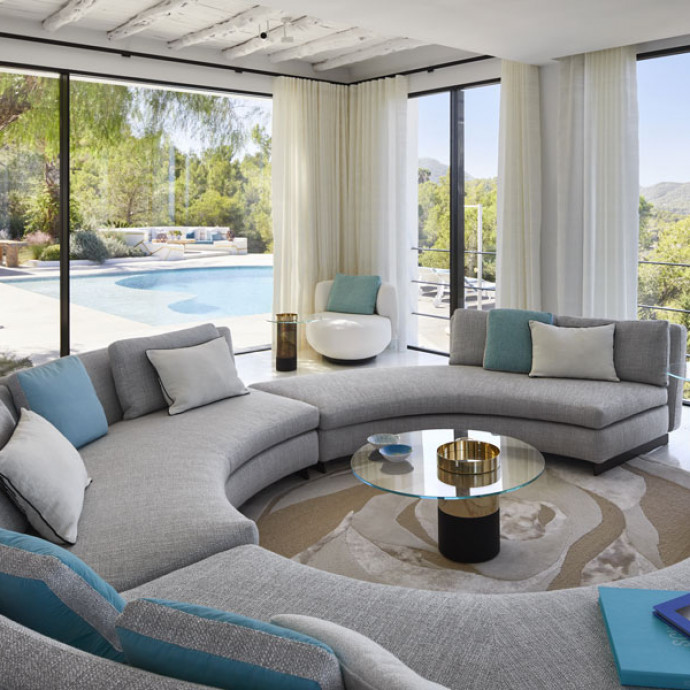 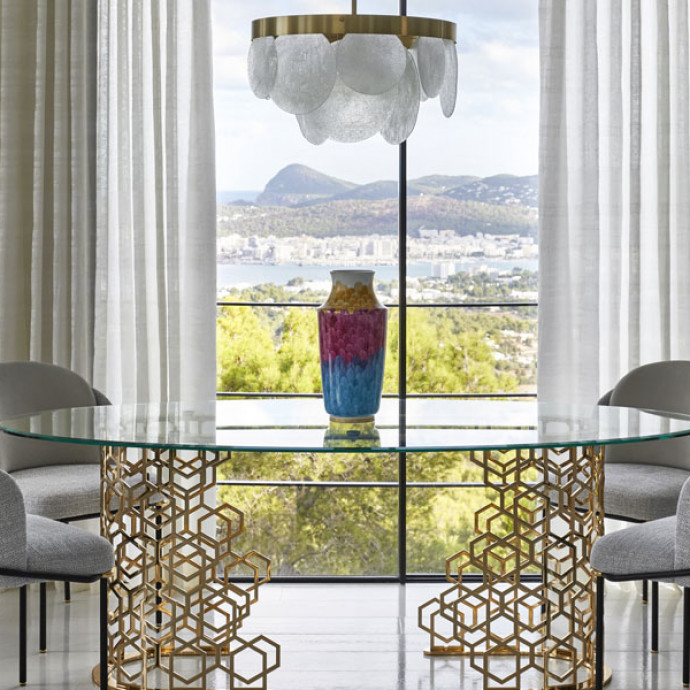 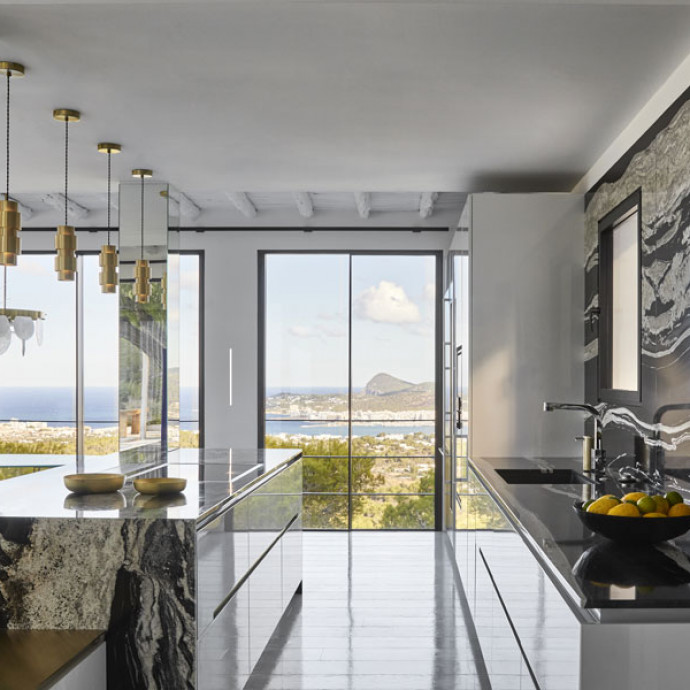 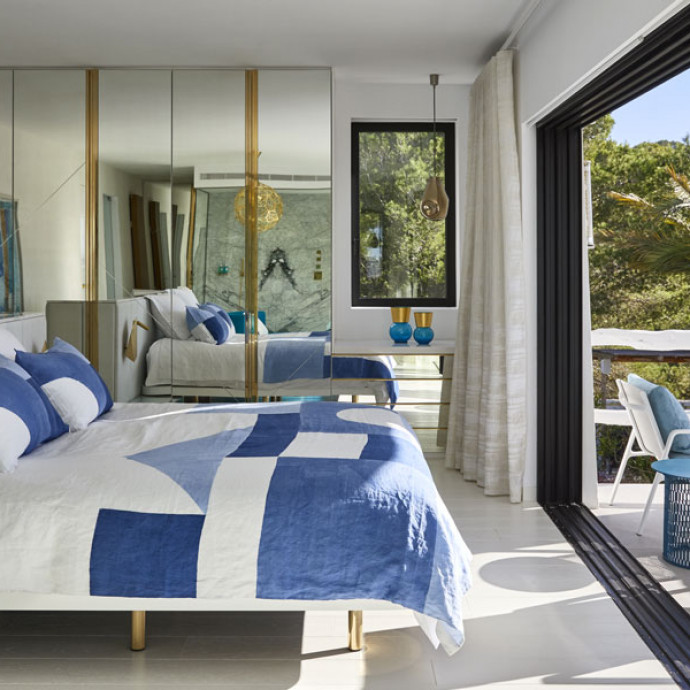 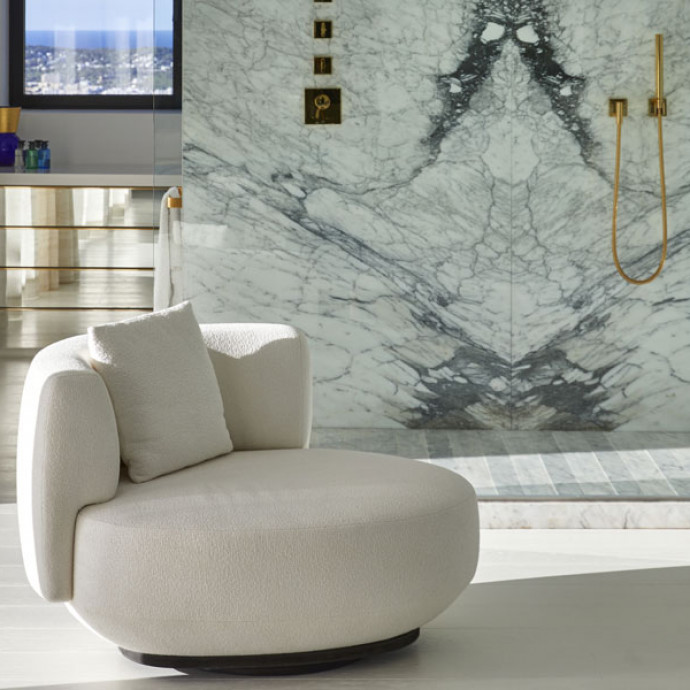